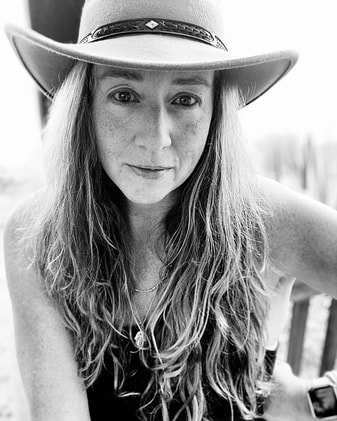 Cathleen Falsani is an award-winning religion journalist, photojournalist, and author of several nonfiction books including the critically acclaimed The God Factor: Inside the Spiritual Lives of Public People (Farrar, Straus & Giroux, 2006), Sin Boldly: A Field Guide for Grace (Zondervan, 2008), which was illustrated by Cathleen’s photography; The Dude Abides: The Gospel According to the Coen Brothers (Zondervan, 2009), and BELIEBER: Fame, Faith and the Heart of Justin Bieber Worthy, 2012). She was co-editor of (with Jennifer Grant) and a contributing author to Disquiet Time: Rants and Reflections on the Good Book by the Skeptical, the Faithful and a Few Scoundrels (Jericho, 2014), and most recently was co-general editor of (with Jenny Eaton Dyer) and a contributing author to The End of Hunger: Renewed Hope for Feeding the World (IVP, 2019). Cathleen wrote the foreword for the 2016 poetry collection Keeping Pulse: Poems for the Heart by Dale Fredrickson and the foreword for Jeff Tacklind’s debut book, The Winding Path of Transformation: Finding Yourself Between Glory and Humility (IVP, 2019). She also was a contributing author to the compendia Love Wins Companion: A Study Guide for Those Who Want to Go Deeper by Rob Bell and edited by David Vanderveen (HarperOne, 2011) and The aWake Project: (Second Edition) Uniting Against the African AIDS Crisis (Thomas Nelson, 2005.) ​


A Connecticut native and granddaughter of Italian and Irish immigrants, Cathleen holds a master’s degree in journalism from Northwestern University as well as a master’s degree in theological studies from Garrett-Evangelical Theological Seminary on the campus of Northwestern. Cathleen was a 2009 Divinity School Media Fellow at Duke University, a Gralla Fellow in Jewish Studies at Brandeis University, and was the 1996 Stoody-West Fellow in Religious Journalism.

Cathleen has been a religion journalist for newspapers, wire services, and magazines for more than twenty-five years. Presently she is a featured writer for Sojourners, where she previously served as Web Editor and Director of New Media for the Sojourners organization and ran its popular God’s Politics blog. She also was a longtime contributing editor and columnist for Sojourners magazine. (A portfolio of her journalistic work can be found online at https://www.clippings.me/cathleenfalsani.)

In addition to more traditional journalism, since 2015 Cathleen has been reporting and writing articles, essays, and interviews for the band U2’s official website, U2.com. She also is an occasional contributor to The Porch magazine. (Read one of Cathleen’s favorite essays from recent years about Patti Smith, photography, and hope in the aftermath of the 2016 presidential election HERE.) She also shares new essays, poetry, other writing, photography and video via This Numinous World.

She was the religion writer and religion columnist for the Chicago Sun-Times from 2000 to 2010, and has been a longtime correspondent and columnist for Religion News Service. She also has served as the Faith & Values columnist for the Orange County Register. During Cathleen’s busy tenure at the Register, she covered the election and first year of Pope Francis’ pontificate (traveling to Rome for his election and installation in the spring of 2013), the post-AIDS- emergency rebirth in Zambia and Malawi, music, film, comedy, and faith (among many other things.) For nearly twenty years, in addition to (and often complimenting) her work on the religion beat, Cathleen has written extensively about development and justice issues in Africa and elsewhere in the developing world, including in-the-field reporting from Malawi, Kenya, Ethiopia, South Africa, Zambia, Tanzania, Mozambique, Zanzibar, Haiti, and Nepal.

As a reporter, columnist, commentator, editor, and essayist for a number of publications, Cathleen has covered her diverse “God beat” from locations as far afield as Vatican City, Vedic City, Ireland, Germany, Japan, the Caribbean, the West Indies, the West Wing, the Playboy Mansion, and the dugout at Wrigley Field. She was honored as the 2005 James O. Supple Religion Writer of the Year by the Religion Newswriters Association, has twice been a finalist for its Templeton Religion Reporter of the Year award, and has received other awards from her peers, including the Peter J. Lisagor Award for Feature Writing from the Press Club of Chicago.

Longtime Chicago Magazine media critic Steve Rhodes called Cathleen’s writing one of Chicago’s “most compelling columns...despite her focus on a subject that often is handled with a deadly dullness.” Of her columnizing, Cathleen says she likes to try to “find God in the places some people say God isn’t supposed to be,” and that she defines both spirituality and popular culture quite broadly.

Cathleen has been a frequent contributor to The Huffington Post and her work has appeared in numerous other magazines and newspapers, including Rolling Stone, Christianity Today, Christian Century, The Atlantic, the Washington Post, the Indianapolis Star Tribune, Toronto Star, Kansas City Star, Madison Capital Times, The Harvard Divinity School Bulletin, TIME, CNN.com and other publications in North America and the United Kingdom. She has appeared as a commentator on CNN, Oprah Winfrey’s “Soul Series,” National Public Radio’s “The Story” and “Weekend Edition,” the BBC World Service, BBC Radio Ulster, Fox News, Moody Radio, WGN-Radio, NPR’s “Day to Day,” The Tavis Smiley Show (on PBS), CBC Radio, and many other radio and television programs in North America, the UK, and Europe. She has been a guest on scores of podcasts including Inglorious Pasterds, Son of a Preacher Man, Homebrewed Christianity, The Zeitcast, Guardians of the Flame, Seminary Dropout, Busted Halo, The King Collective, Thinking God, Kickasspirational, Life 2.0, State of Belief, Key Life with Steve Brown, The Shwell (the audio magazine about “ancient wisdom for modern living” that she co- hosted with her best friend of thirty-plus years, the actor, playwright, and theater educator Kelley Weber), and Artist Care and Feeding. Created and launched during the 2020 COVID pandemic, Cathleen co-hosted the ACAF podcast with Kaitlyn Barrett (and producer, Mark Rivet) focusing on artists and creativity.

After two decades in Chicago, in the summer of 2009, Cathleen, Maurice, and their son Vasco relocated to Laguna Beach, California. Vasco, who was born and spent the first nine years of his life in Malawi, became a permanent part of the Possley family on June 1, 2010 when the High Court of Malawi in Blantyre approved his adoption--the first by an American family after Madonna’s adoption of her daughter, Mercy (Chifundo) James.